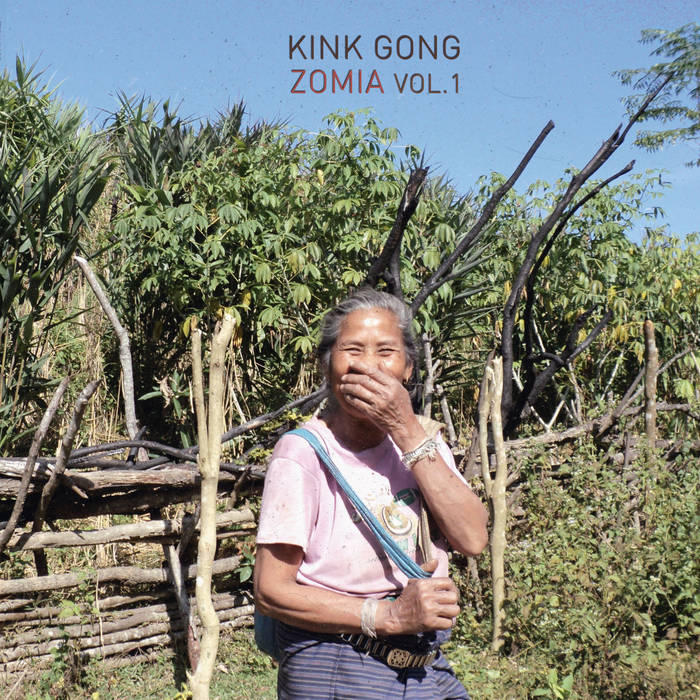 Kink Gong is back with his unique take and re-interpretation of the music he’s been recording and documenting for years in the South East Asian highlands.

Zomia Vol.1 takes the conceptual idea of ZOMIA, proposed by James C Scott in The Art of Not Being Governed, an Anarchist History of Upland South East Asia, to construct its very own mythological soundscape inspired by a semi-utopic region where state rules don’t apply. Zomia might be (almost) gone but Kink Gong is keen keep its spirit alive by releasing a series of albums celebrating the region’s quasi mythological features.

‘’Zomia is an idea, a concept that, not so long ago, there were two very distinct worlds in southeast Asia, the valley VS highland/hinterland, the civilisation VS the primitive, paddy rice VS slash and burn agriculture, Buddhism VS Animism, fixed territory VS movement/migration, written system VS oral culture, the state VS anarchy, property VS squat, controlled population VS autonomy, bricks VS bamboo and wood and, at my level museumified traditional mainstream music VS real emotions/songs of devastated lives and/or gongs ceremonies with buffalo sacrifices, extreme heat in the valleys VS shade in the jungle. I could go on and on but let’s not forget that ZOMIA is disappearing fast, if not altogether already. How many of the people I’ve recorded are still alive?

As you might know, before composing new music from my own ZOMIAN experience (from 2001 to 2014 in Cambodia, Laos, Vietnam, Thailand and China) I had to find those musicians, be able to communicate with them, record them as good as I could with very limited finances and gradually release a collection of 160 CDrs. It is very important for me to make sure you listen to the fantastic original recordings before or after you’ve listened to this experimental reconstruction I called ZOMIA!

Expect more volumes to come, this is my biggest source of inspiration, and the reason why I’ve been involved for years in constructing a mythological experimental musical ZOMIAN soundscape.’’
Laurent Jeanneau, Berlin 2020

A4 KEY DINGBOO based on :
ELECTRONIC KEYBOARD by Kink Gong Dali China 2008
DINGBOO Played by 2 BRAO KANYING women. One woman hits her palm against the opening at the end of one of the sections, and another woman claps her hands in a cupped fashion at the other end of the bamboo section. In Nam Souan (Dak Joor) Village, Attapeu Laos 2006.

B1 CLEAR KHMU MIAO based on :
ELECTRONIC KEYBOARD by Kink Gong Dali China 2008
SHUI MIAO 3 women s song from Guizhou in Dali Yunnan China 2007
TOT a fresh bamboo tube with 2 holes for fingers and one hole for blowing and singing performed by THENE Phongsaly Laos 2010

Quelle Chris joins the show to discuss his most recent release, "DEATHFAME"