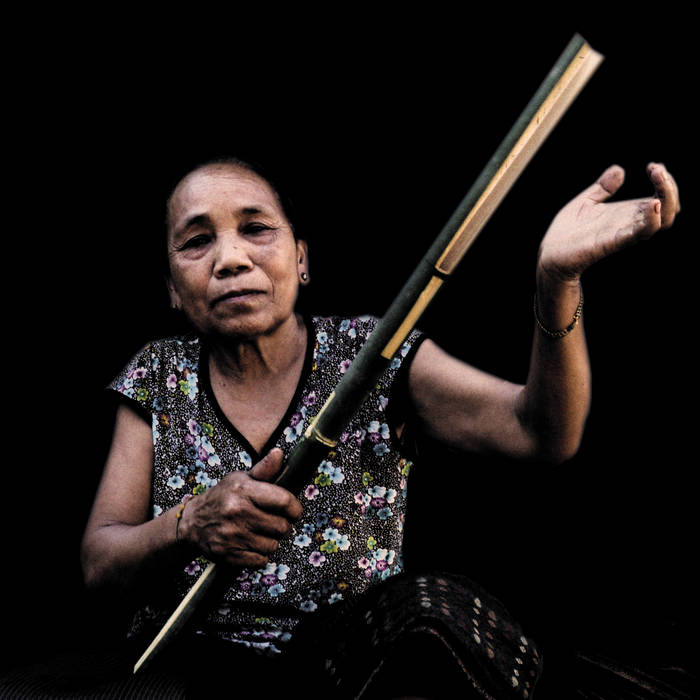 This is a compilation of various ethnic groups living in modern days LAOS, focusing on northern provinces of LUANG NAMTHA and PHONGSALY

Unlike the Khmer in Cambodia, the Thai in Thailand, The Kinh in Vietnam or the Han in China who are the overwhelmed majority in their country, the LAO are only half of the population of the 7 millions people living in Laos and they ve traditionally divided Laos in 3 populations categories :

1 The LAO LOUM (Lao in the plains, 68 %) where the LAO belong with other TAI-KADAI (LAO_TAI) populations , not represented on the LP

2 The LAO THEUNG (highlanders, 22%) or Austro-asiatic (MON-KHMER) who used to be called KHA (slaves) by the valleys kingdoms, the KHMU being the largest of those 31 ethnic groups, and the BIT probably one of the smallest group.

3 The LAO SUNG (new comers from China in the highlands, 9%) including the HMONG/MIEN and TIBETO-BURMESE like the AKHA who live in northern Laotian provinces and northern Thailand.

The north of Laos is a mosaïque of minorities, including most south-east Asian ethnolinguistic categories :
the HMONG/MIEN (YAO) is an ethnolinguistic category, they have finalized their centuries long migration from central China down to Northern Laos, northern Vietnam and northern Thailand and the Hmong have kept their central instrument the QEEJ (a 6 bamboo tubes mouthorgan inserted into a small wooden resonance box). The LANTENE (Lao word) are LAN TIEN YAO (dark blue Yao in Chinese) who call themselves in their language MOON, have similar history of migration as the Hmong and men until recently were able to read and write Chinese. I have recorded on the other side of the boarder in Yunnan, China, similar canon singing.
The KHMU and the BIT are part of the large ethnolinguistic family of the MON-KHMER (spread from Cambodia to eastern India), are probably the most ancient inhabitants of the region. As far as I m concerned all Mon-khmer culture had similar visual design and the fermented rice alcohol in jar where one drinks with a bamboo straw and the ability to pronounce Rrrrrrrrrrrr !
The AKHA belonging to another Chinese ethnolinguistic family (the TIBETO-BURMESE), are obviously the postcard of Laos, Tourism in the north is based on pictures of Akha women who definitely have incredible outfits, with lots of silver coins from French Indochina (I ve always wonder why they had so much French silver coins from the 20s and 30s : I found out later that the French Colonial power had the monopoly to trade opium in French Indochina and they were buying from tribal producers like the Akha or the Hmong and importing tons from neighboring Yunnan China to Hanoi Vietnam).

1 WHITE HMONG "QEEJ". 5.15
The QEEJ is a 6 bamboo tubes mouthorgan played by a man : VA YANG LI in KANGMAI village, MUANG SING district, LUANG NAMTHA province. December 2009
The HMONGs (MOOB) are sub-groups of the MIAO in China, who migrated to Northern Vietnam and northern Laos mostly in the 19th century, they number half a million in northern Laos. This mouthorgan is probably the most significant instrument in Hmong culture and vary in size, here is a large model.

2 LANTENE (MOON) WOMEN 5.04
canon singing performed by KEO 54 years old and NA 47 years old in NAM DI village, LUANG NAMTHA province. November 2010
The LANTENE is the name given to them by Laotians, it refers to Chinese : LAN TIEN YAO (dark blue YAO), they call themselves MOON, the red YAO call themselves MIEN and like the Hmongs they migrated to Northern Vietnam and northern Laos mostly in the 19th century. The older men in Nam di gathered and wrote down in ancient Chinese a text about their history with some Taoist elements, then read it in Moon language to 2 ladies who wrote it down in Lao, we went to the forest and they sung in canon the story in Moon.

3 KHMU OU "TOT" 4.34
a fresh bamboo tube with 2 holes for fingers and one hole for blowing and
singing simultaneously, always played by women performed by KWMJUR 62 years old woman in MEUANG KHOUA district, PHONGSALY province. June 2011
Half a million people in northern Laos, they are the second largest ethnic group after the Lao, they also live in north west Vietnam.
The Khmu Ou are Khmu people living near the Ou river, Many KHMU around Luang Prabang have been acculturated to Lao ways, now this music can mainly be found in remote rural places where older people still remember their traditional music and singing techniques.

4 KHMU OU "PI" 1.12
a small bamboo reed instrument performed by a 60 years old woman in Weipa village MEUANG KHOUA, PHONGSALY December 2012
The reed is just a cut directly in the green bamboo tube and inserted in the mouth

5 AKHA “CHULUBA” 2.00
teasing song of lonelyness performed by REUN LOO a 36 years old shaman in Homxai village MUANG SING district, LUANG NAMTHA December 2009
Spread over Xishuan banna ( southern part of Yunnan China ), Myanmar, Laos and Thailand, they are around half a million people.
The singer is a kind of healer and enjoys a higher status in his community.

1 BIT “protect the forest” 4.14
KHENE a 16 bamboo tubes mouthorgan played by BOON CHOM 63 years old man with a woman NANG TA (in her 40s) singing in BOUAN PHIENG village, LUANG NAMTHA January 2012
The BIT are an estimated 2000 people spread in 7 villages of northern Laos and 1 in Yunnan China.
Protect the forest, don t kill wild animals, the kind of politically correct message introduced and encouraged by Lao government is nevertheless a true adaptation of BIT pattern of song.

2 DARK BLUE YAO (MOON) CEREMONY 5.10
chanted recitation with drum, man dancing with small bells with shamanic prayers, to forecast the fate of someone in Soumpxai village, OU TAI, PHONGSALY June 2010
I guess that the LANTENE (A2) got a Laotian name for being in Laos for a while, this community of MOON live in more remote conditions and did not get the Lantene name. An animist/taoist ceremony is taking place gathering only men in order to get better, a shaman engages in the casting of spells and fortune telling, MOON men are supposed to be literate in ancient Chinese and Taoist texts are being copied by hand for this occasion.

3 AKHA “new year song” 6.50
sung by a woman in her 40s : A BIG in Homxai village MUANG SING district, LUANG NAMTHA province December 2009
A traditional Akha woman covered of silver coins from French Indochina has become the perfect postcard of northern Laos, boosting ethno-tourism to the area, the Akhas are a sub-group of Chinese HANI on this other side of the boarder.

4 KHMU “JIAKOOT” 2.04
prepared green bamboo tube hit on the palm of the hand by NANG YANG a 60 years old woman in Weipa village MEUANG KHOUA, PHONGSALY December 2012
Originally used as entertainment while clearing a new field in the jungle, women played those fresh bamboo tubes while the men used their machetes.

Oakland producer Mejiwahn chats about his breezy and transportive LP.