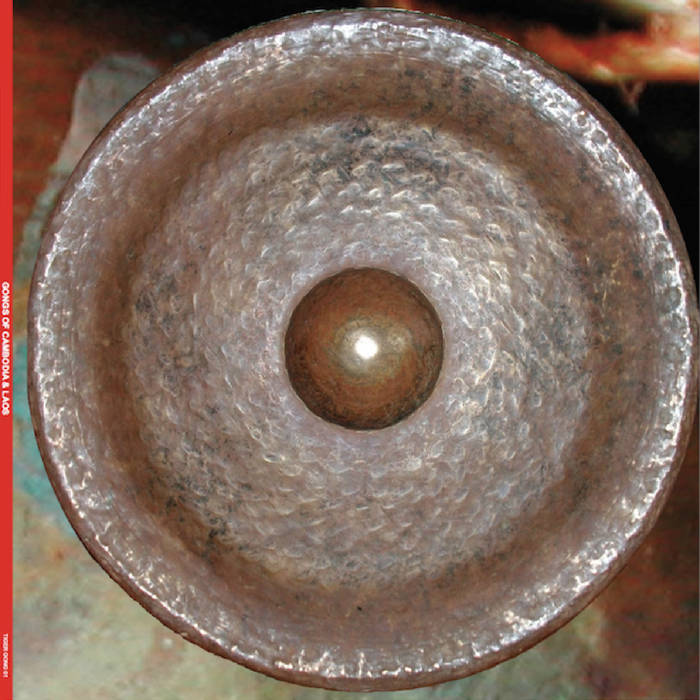 In 2003 I moved to Cambodia, and more specifically to the northern province of Ratanakiri, next to Vietnam and Laos. Knowing very little about the GONGS culture at that time, I was simultaneously discovering the books from french explorers from early 20th century and the ignorance of modern days western ngo expats, both claiming the minorities hit the gongs, but no one dared to call it music ! Gradually I had to find out that it would not be easy to record a ceremony where gongs are involved, it needed a reason, they don t just play gongs for a visitor. My introduction was based on few informations, expressing the khmer (the main ethnic group in Cambodia) cliches that the minorities in the jungle were all more or less associated with the khmer rouges in the past, what else did I hear from them ? After having done my first recordings in 2003, 2004 of gong ceremonies, I later found out about 2 historical recordings of gongs from 2 french personnages, the first from anthropologist Georges Condominas in the 50s with the Mnong Gar in Vietnam at the boarder with Cambodia, and the second from jesuit missionary Jacques Dournes with the Jarais on the central plateau of Vietnam in the 60s. The first released a LP in 1958 on Ocora and the second got some of his recordings released in 1997 on a CNRS chant du monde CD and I lately got access to his entire collection of recordings.
The dry season is more likely to be the right time to witness gong ceremonies, the communities of non khmer, non vietnamese, non lao indigenous people have harvested their rice from swidden (slash and burn) agriculture, in november or december and january and february are considered the less busy time of the year for agriculture, the right time for ceremonies, village parties, wedding and all year long animist ceremonies involving buffalo sacrifices, consumption of alcohol, and gong orchestras, a gathering of people in order to please spirits to be protected, healed.

Here I am presenting 3 geographical areas ( from north to south) in the southern part of Laos, (the provinces of Champasak and Attapeu) with BRAO sub groups, in north east Cambodia (the province of Ratanakiri ) with BRAO sub groups and in eastern Cambodia (the province of Mondolkiri) with PHNONG (BUNONG) people. You will discover different styles of gongs , from the pair of thick flat gongs called THA used by KAVET people, to various ensembles of gongs (only nipple gongs or nipple gongs and flat gongs called CENG) used practically everywhere on the central plateau of Vietnam among ethnic minorities, to the flat gongs orchestras of the Phnong.
There are basically 3 ethnic families in Ratanakiri : the BRAOs ( including the Braos, the Kavets, the Krungs, the Luns ), the TAMPOONs ( including the Kachocs) and the Jarais ( a predominant ethnic group of the central plateau of Vietnam ), the Braos live on both sides of Laos ( Kanying, Jree, Kavet,). The PHNONGs are the main ethnic group in Mondolkiri ( related to the Mnong gar their vietnamese counterparts).
Henri Maitre arrived in Indochina at 19 years old and died at 30, killed in Mondolkiri in 1916, his book Les jungles MOI from 1912 is among the first book about this area of Cambodia . He mentioned a report from 1887 on the exchanges between the Annamites and Mois ( savage in vietnamese, term to call the indigenous people at that time), it describes the various objects being swapped, among them the jars and the gongs. A set of 3 big nipple gongs is worth 2 buffalos, a buffalo is worth a set of normal size gongs, for the flat gongs a set of 5 is worth 2 or 3 buffalos, a large flat gong is exchanged against a nice horse, older gongs estimated of high value are worth up to 15 buffaloes a piece.

There are 2 kinds of gongs : the flat gongs hit inside with a stick of green wood or the fist, and the nipple gong hit with a mallet or any rubber object. Each instrumentalist plays one gong, the place of each gong is set by size, from the biggest lowest gong to the smallest and highest gong, if a man wishes to change gongs to play a different note , he is the one who moves and not the gong.

Different gong ensembles are being played according to different occasions, for example the funeral ceremony usually requires 13 gongs (5 nipple gongs and 8 flat gongs) . An animist ceremony lasting 3 days and 2 nights , includes everyone, women have previously prepared fermented rice alcohol, men play gongs and kill buffaloes ( meat is being served, people usually don t eat meat everyday), children watch and learn. A set of 5 nipple gongs is often used or a combination of 3 to 5 nipple gongs with 3 to 8 flat gongs, the Kavets use also bamboo tubes hit on the ground while gongs are being played.

Quelle Chris joins the show to discuss his most recent release, "DEATHFAME"